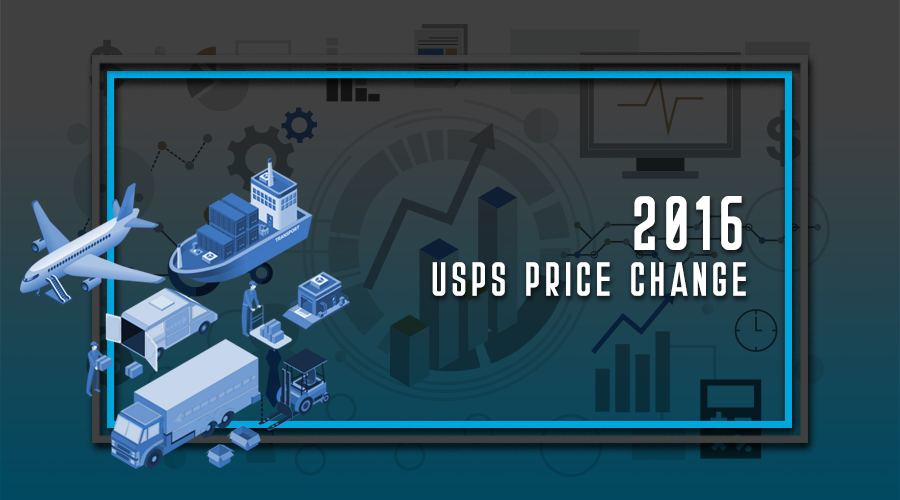 USPS price changing was definitely one of the most important chаnges in the domestic and international shipping area, that is why after the article posted on December 24, 2015, we present a comprehensive analysis of the subject.

In the world of hectic and drastic changes, every day we find ourselves facing a new challenge in various areas of daily life. It is no surprise, that major changes are mostly present in the areas of economy and marketing. Specifically, our focus of the following article is the already well-known increase in USPS shipping rates and also changes to some service offerings, which is one of the primary concerns for every single retailer operating in the shipping industry. So what do we have for today, tomorrow and the whole 2016? The USPS increased its rates, which implemented on Sunday, January 17, 2016. However, the increase in the rates did not implement to all services and mail classes, but more had an impact on the shipping services. For example, the rates for First Class Mail letters remained intact. However, the average rate for Priority Mail increase in 9.4%. Though these changes first seemed to be drastic, while thoroughly analyzing the rate change policies of other carriers, such as UPS and FedEx, we see that in most cases USPS remains the best option for e-commerce businesses that ship lighter-weight packages up to 5 pounds and also for the international shipping in all cases.

One of the constant goals within an organized and careful policy of VIPparcel is to inform about every new change, analyze the market and help to choose the right boat. We are eager to provide the best solution. Therefore the comprehensive analysis of the USPS Price Changing is presented below.

USPS reduced and even eliminated some of its services and regulations. This applies to Commercial Plus Pricing discounts over Commercial Base Pricing and also to certain product offerings, which are no more available.
These are:

Some changes implied to the classes being rebranded. So, Parcel Select Non-presort is presented now as  Parcel Select Ground and Standard Post is now called Retail Ground. And also domestic and international labels requiring an integrated customs form now have a new label layout.

USPS Price Changing affected to the different shipping categories in a various way.  Most shipping classes are quite competitive and bare great stress of changes.

First-Class Package Service (FCPS) operates lightweight package transfers. it is designed for packages or items that weight less or equal to 1 pound and not more than 108" length, width and height summed up together. FCPS delivery standard is 2-3 days.  While the 14, 15, and 15.999 ounces First-Class Package Service (FCPS) offerings were only available with Commercial Plus before, now  they are consolidated into the Commercial Base price category. All commercial mailers can use this service without any additional minimums and agreements. Moreover, 14-15.999 ounce offerings that  shared one flat rate before, according to new rate policy each ounce from 14-16 ounces will be given an individual rate. The flat rate now applies to packages weighing 1-8 ounces instead of 1-3 ounces before. FCPS also eliminated the pricing categories for 3-digit, 5-digit and ADC presort levels and now supports single-piece pricing. Commercial Base Pricing presents an average increase of 7.6%. This equivalent to $0.13 increase per package.

Retail Ground (previously Standard Post™) service refers to larger and heavier packages with a longer delivery period, which is 2-9 days as to the service standard in the continental United States. Pricing for Retail Ground shipments within Zones 1-4 bares no changes. If Ground service is not required, then these packages are automatically processed as Priority Mail service. Ground service is required when the transfer of an item cannot or should not be performed by air. Retail Ground pricing increased on average by 4.4%, which is equal to additional $1.01 per package.

The service of Parcel Select Ground, previously known as Parcel Select Non-presort operates for packages that do not require expedited delivery. This service is similar to Retail Ground, however not considering the time factor, it is a better solution as implemented at a lower price, so being a more economical option. It is also the USPS Ground delivery option for electronic postage users. Parcel Select Ground does not offer Commercial Base or Commercial Plus discounts. This service bared two major changes.  First, Parcel Select Lightweight® machinable and irregular price tables are  formed as one, but the operational requirements are not changed. Second, Parcel Select ONDC Presort and NDC Presort price categories are removed, unlike the DDU, DSCF and DNDC price categories are the same as before. Parcel Select Ground Prices decreased on average by 7.7%, which is equal to $2.85 less in price per package.

Priority Mail is a fine solution for those, who prefer not expensive and fast delivery (2-3 days). This is ideal for the business sector that ships packages to residential addresses. The main two changes of this service are that two categories are removed. These are the Critical Mail and Regional Rate Box C because of the poor customer usage. Instead of the latter option, one can use Priority Mail Flat Rate boxes or Regional Rate Box A or Box B. USPS  Price  Changing affected this category in the following way: Commercial Plus Pricing for Priority Mail was brought within 3% of Commercial Base Pricing. Rates for Regional Rate boxes are the same for Commercial Base and Commercial Plus customers. There is an additional fee of $0.75 per package if a Regional Rate box is deposited at Retail.

Comparison of two similar services: If we compare Parcel Select Ground and Priority Mail, some slight differences are detected. If packages got to 1-4 Zones, then the second is a better option for having the same or mostly lower price. However for packages going to Zones 5-8 you Priority Mail requires few more cents, but faster delivery. To conclude the comparison and give you a hint about the right choice, consider that Priority Mail is less expensive to all Zones if your package just weighs 2-3 pounds. As to Parcel Select Ground, the packages are delivered within 2-9 days.

Priority Mail Express (PME) is designed for the packages that need expediting delivery (1-2 days). Two major changes of this service are that Commercial Plus pricing as a whole is increased in order to match Commercial Base pricing. So 5 pounds or less weighting packages now meet the increase of  20.9% or $5.31 per piece by Commercial Base rates (Zones 1-8). As to that of  Commercial Plus rates, the increase is 40.8% or $8.72 per piece. The other change is the Priority Mail Express Flat Rate Box (both side loading and top loading) being removed.

Priority Mail International (PMI) is designed for the packages up to 70 pounds to international locations during 6-10 business days. The major changes cover consequently larger areas. First change refers to insurance issues. Insurance is now offered up to $200 for merchandise and $100 for documents with the exception of PMI Flat Rate Envelopes and Small Flat Rate Boxes. Second change is that prices for PMI flat rate envelopes and boxes are divided into additional country groups. And again, the PMI Regional Rate Box C is eliminated.

Average overall increase (excluding Canada) is the following:. The Retail price for PMI increased by an average of 3.3%, the same as the average price per package of $5.21. 5-pound package or less now meet the increased rate of 3.3% or $1.68 per piece.  Flat Rate packaging Retail prices increased an average of 14.1% or $4.99 per piece.

Priority Mail Express International (PMEI) provides both economical and expedited international delivery during 3-5 business days. The picture of rate changes is this: Commercial Plus prices for PMEI is now matched to Commercial Base pricing.  PMEI Flat Rate Envelopes is separated into additional country groups. The PMEI Flat Rate Box is removed as being passively used. The Retail price increased by an average of 6.9% per package, equal to an increase in the average price per package of $13.21.

As you see, the USPS  Price  changing rates are reflected in almost all classes and categories of USPS  shipping system. However, both previously and at present, regardless of the rate changes, USPS is the best solution for domestic transfers of  lighter-weight packages weighing 5 pounds or less and also the best choice for international shipping. We hope the review was quite comprehensive and provided solid understanding for you in order to make wise choices at present or in the near future. Keep in mind, that VIPparcel.com is one of the best advisers in the area of shipping, so stay with us for more news and reports!