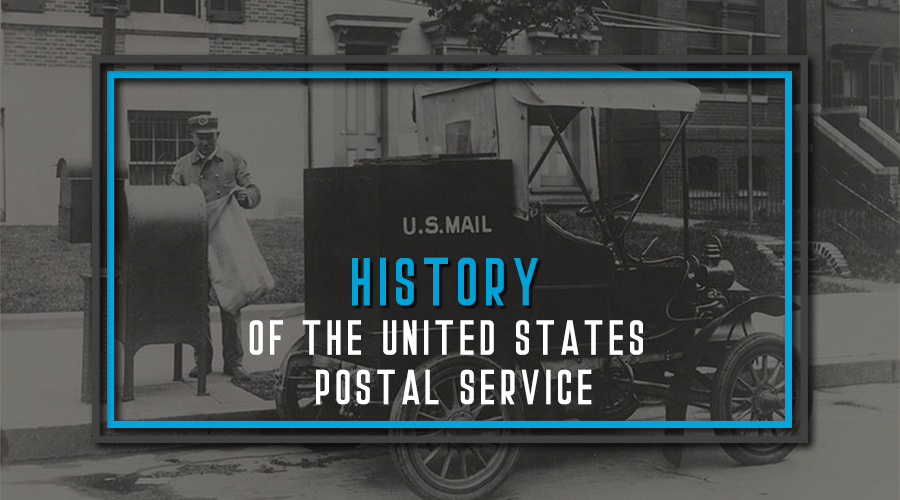 The history of formal mail service in the United States dates back to 1639, when the state court of Massachusetts established the first government-authorized dropoff point for mail. That location was a privately held business, a tavern in Boston. In those days, it was quite common for local stores and taverns to be used as mail drop points. Citizens became quite accustomed to inquiring for their mail in that manner. If someone was picking up a package and noticed something marked for a neighbor or friend, that person would probably take their friend's mail and make a personal delivery.

Out of necessity, local municipalities soon began establishing routes from one town to another for the transport of mail. Then in 1683, William Penn established an independent post office in Pennsylvania. However, the USPS as we know it today was first established in 1691, when the English government granted a man by the name of Thomas Neale a 21 year contract under the name of the North American Postal Service. The English government renounced their agreement just 16 years later, and in 1707 they appointed a local deputy to the status of "postmaster general."

By 1774, the colonists had reached their limit with the English crown's dictation. Frustration over the postal service was one of the lesser known issues that prompted the colonists to seek their own independent government. In 1775, the Continental Congress created a Post Office Department and appointed Benjamin Franklin as the first Postmaster General of that organization.

The Postal Act of 1792 clearly outlined the mission of the newly formed Post Office Department. A rate structure was established to allow newspapers to be mailed at a very low rate so as to promote independent news organization and to help keep the citizenry well informed. There were also provisions to prevent opening and reading of any private mail. This was very important to the colonists who had a strong distaste for government intervention as practiced by the English. Mail could only be opened if it had been deemed "undeliverable."

In 1970, the Postal Reorganization Act established the USPS as a government agency that could be operated with tax support as a semi-independent federal monopoly. The postal service was also mandated to be revenue neutral, or in other words, to be a not-for-profit organization.

In 1982, U.S. postage stamps were deemed a type of "postal product" rather than a form of taxation. Since then, the primary cost of operating the postal system has been paid for through the sale of "postal products" and services, rather than tax revenues. Furthermore, the various classes of U.S. mail (for example, first class, parcel post, etc.) are each expected to cover their own costs with their own "postal product" sales. Effectively this means that each class of mail is like a stand-alone entity that must, at the end of each year, demonstrate a net profit of zero. This explains why, when postal increases are levied, the percentage of change may not be uniform from one class to the next. This is because the post office examines each class of mail by itself, and only increases rates as much as is needed to maintain a net profit of zero.

Today, the U.S. Postal Service delivers to more than 141 million businesses and homes each day. It is the only U.S. government sanctioned monopoly, and it operates very efficiently in spite of having no competition. From its humble origins in a Boston tavern in the 17th century, The United States Postal Service has gone on to become the organization we all know and rely upon every day to deliver our mail.