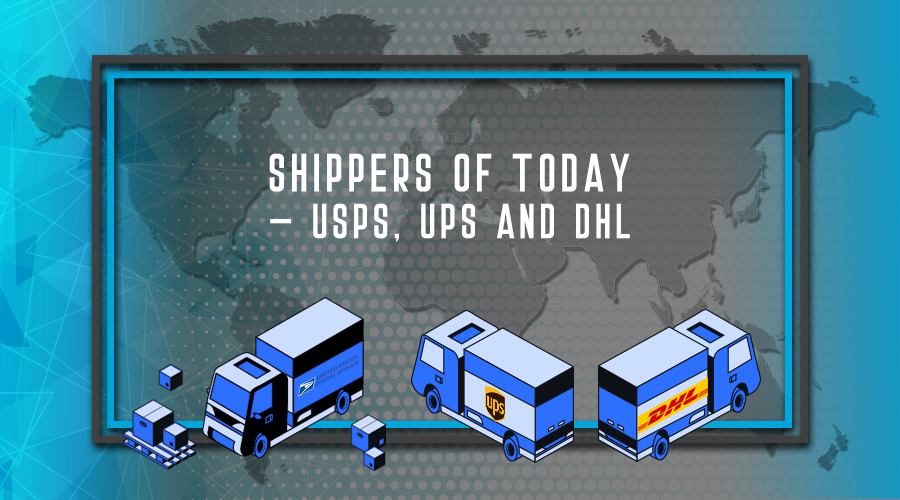 Three of the major shippers in the USA are USPS (United States Postal Service), UPS and the DHL. These shippers play an important role in international business and shipping. Let's take a look at how they do they go about their work of delivering millions of messages and packages every year.

Founded in 1907 as a messenger company in the United States, UPS has grown into a $42.6 billion corporation. It clearly focuses on the goal of enabling commerce around the globe. Today UPS is a global company with one of the most recognized and admired brands in the world.

As the world's largest package delivery company and a leading global provider of specialized transportation and logistics services, UPS continues to develop the frontiers of logistics, supply chain management, and e-Commerce, combining the flows of goods, information, and funds. It is a company that has never shied away from reinventing itself, as a more complete reading of its history demonstrates.

The company expanded its service throughout the world by the late 1970s. The company was primarily interested in offshore and intercontinental deliveries, but the success of FedEx prompted their own intra-US expansion starting in 1983.

In 1969, Adrian Dalsey, Larry Hillblom and Robert Lynn (D, H, and L) founded DHL as a service shuttling bills of lading between San Francisco and Honolulu. The company grew rapidly and in a few years initiated service to the Philippines, Japan, Hong Kong, Singapore and Australia, creating an entirely new industry of international door-to-door express service in the Pacific Basin.

The USPS was founded more than 200 years ago and it has grown and changed with America. The history of the Postal Service is a journey into the history of transportation, economics, industrialization, communications, and government.

Today, the Postal Service ships and delivers hundreds of millions of packages and messages each day to more than 141 million homes and businesses. This is the story of the Postal Service and the important role it has played in the development of the United States.

Today, USPS is the world's largest and most experienced international air express network with service to 120,000 destinations in more than 220 countries and territories.

USPS maintains its position as the world's leading international air and ground express network by continually expanding and upgrading its network of offices, hubs and gateways, and by offering superior service through a well-trained and dedicated work force.