USPS History: Ready for a Make-Over 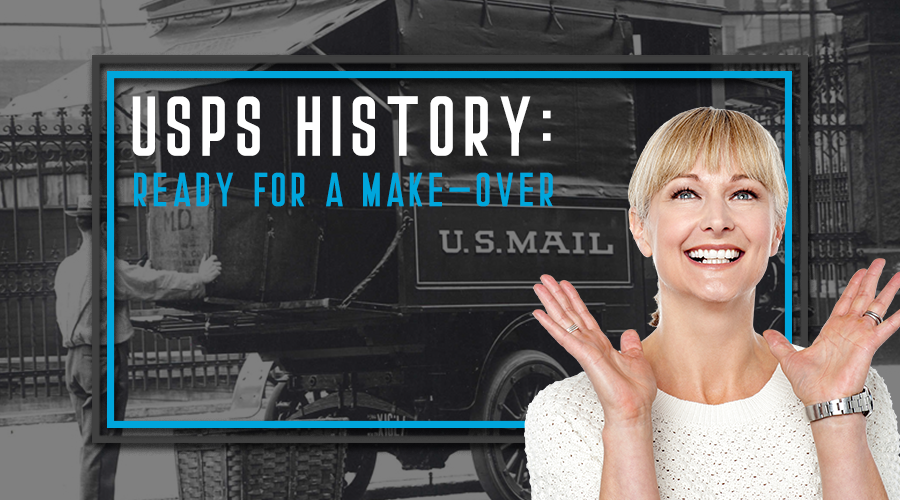 The next Great American Make-Over!

Not unlike the popular TV show in which a busload of contractors arrive at a home of a deserving-but-beleaguered "every family," intent on re-inventing the dilapidated structure (while sending the gob-struck family to Disney World for a week), the USPS is starting a dramatic make-over of its own. But without the diversionary trip to Disney.

Not unlike the TV show, the heroes in the rock-star bus do not show up until the last second, when the inhabitants are at its collective wits' end.

Not unlike the TV show, no one really knows what the outcome will be until later. And no one truly knows if folks will like what they get.

While not beset with awful diseases like these TV families, the USPS is seriously ailing and needs help fast.

Acknowledging that its current business model is unsustainable, USPS management cites huge declines in mail volume (thank you, internet and email)...as well as expensive-to-maintain, but probably-no-longer-necessary facilities... the folks who work (or don't have enough work to keep busy) in those underutilized facilities...and the dreaded Congressionally-mandated retirement pre-funding.

The cumulative effect is that the USPS has been saying if things are not resolved, they will be insolvent by September 30th.

Cue the bus. It's time for triage.

The USPS has manfully tried to forestall the current situation. Since 2006 it has closed 186 facilities, deep-sixed 1,500+ pieces of equipment, and decreased staff by more than 110,000. Result: $12 billion saved.

Good start, but not enough.

Realizing that it needs to save $3 billion (that's billion with a "B"!) a year, the USPS is considering closing or merging 250 more processing facilities, reducing equipment by another 50%, decreasing the transportation network, and eliminating up to 35,000 more jobs.

So what does this mean to those of us who mail to promote our businesses or non-profits, and hope to see mail in our mailboxes when we get home every night?

OK, that's not too bad, all things considered. But what about...

#4. Procedural changes for mailhouses. No doubt. But exactly what and when is still TBD. Among the items on the table are:

a. Reduced points of entry for dropshipped mail
b. Rate changes in zone-based mail
c. Schedule shuffling to meet required "in home" dates

So when will this take effect? September 30th is, after all, just days away.

Protocol requires that the USPS (1) put its proposal out for public comment. That happened on Thursday, Sept 15th. Then the USPS (2) asks the Postal Regulatory Commission (PRC) for approval. The PRC (3) considers, then proposes. A "reasonable amount of time must pass" before the USPS implements any nationwide service change (4).

Using the debt-ceiling debaters as a role model for bureaucratic efficiency, the USPS hopes to have its proposal presented to the PRC (step 2, above) by the end of October-one month into its insolvency.

The PRC is expected to respond by-well, we really don't know. But the USPS says it hopes to begin its consolidation and constriction efforts (step 4) by February or March of 2012. Only six months after its September 30th deadline for insolvency.

Cue the bus. Disney World is looking better by the minute.